After ordering quite a while ago, my Raspberry Pi arrived last week: 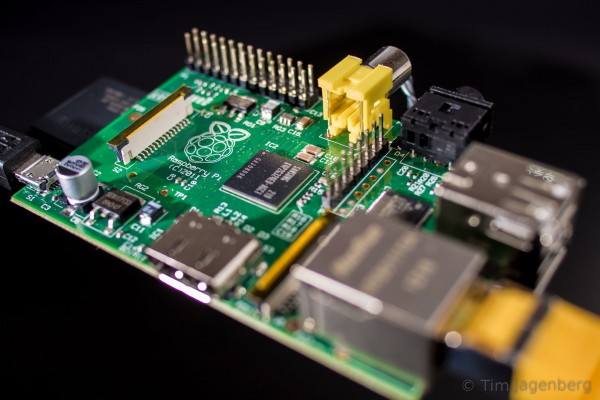 The Raspberry Pi is tiny but complete ARM architecture based single-board computer with the power comparable to a two-year-old smart-phone. Insert an SD card as a hard-drive and you’re ready to go!

There are two things I have in mind with this little fella: An XBMC based media centre or a Raspberry Pi controlled model car. The former I already tested using Linux based distributions like OpenELEC or RaspBMC, the latter will require an additional board, interfacing the Raspberry Pi with PWM based model servos via I2C. Luckily Adafruit is supplying exactly that: “16-Channel 12-bit PWM/Servo Driver – I2C interface”

Let’s see where things go with the RPi-Rover 🙂

One Reply to “Raspberry Pi arrived!”