Heading further north, the flight from Vadsø to Mehamn took just about 20 minutes. Of four passengers I was the only one to get off in Mehamn. The airport was just a short walk from this nice little fishermen town. I sat down at the square with a harpoon monument of the Mehamn Rebellion and had a nice conversation with a local pensioner. Around midday I headed to the house of my couchsurfing host, a very friendly teacher of the local school. After exploring the peninsula in the afternoon, I cooked classical German food for my host. Kohlroulladen! 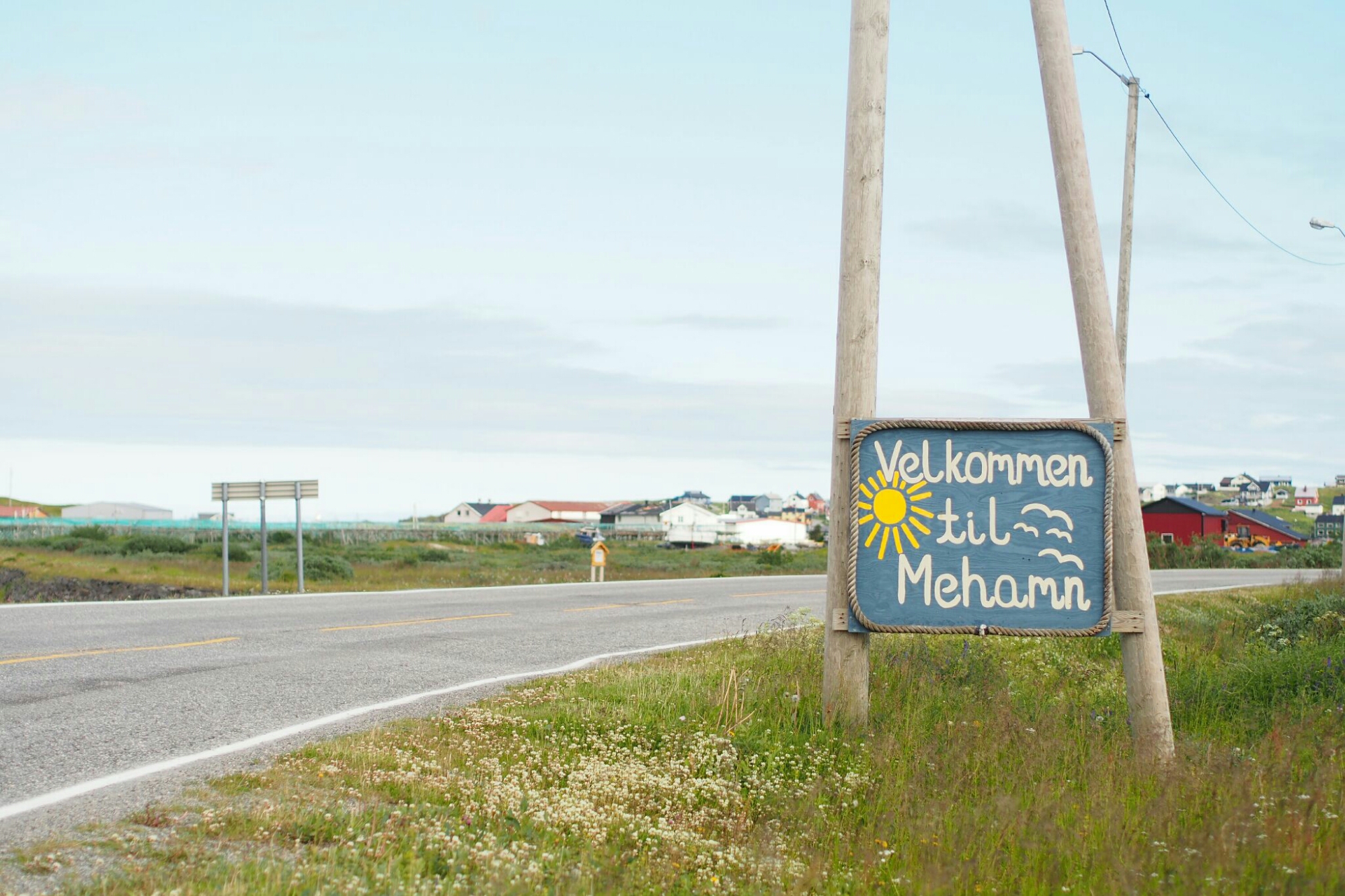 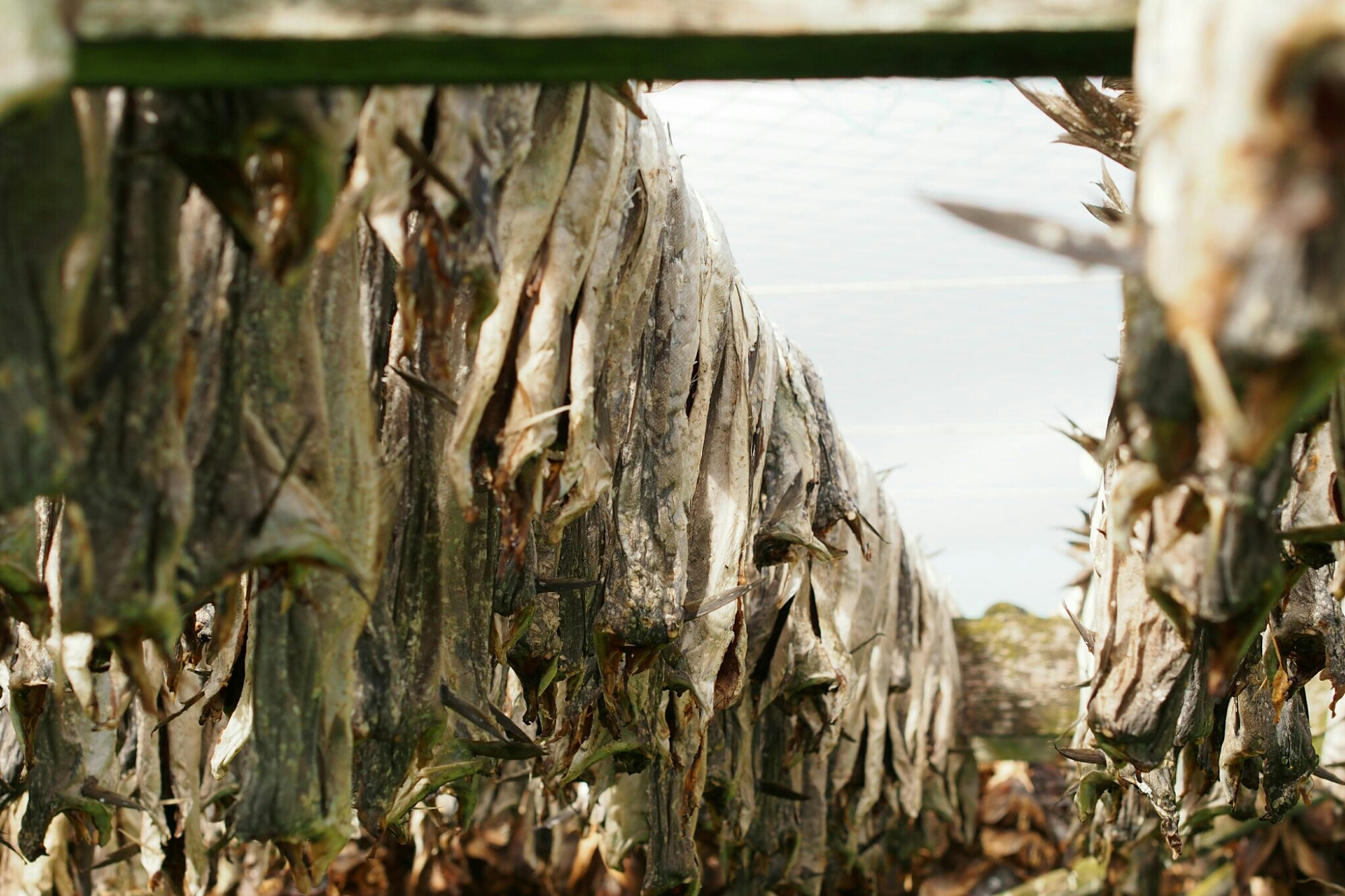 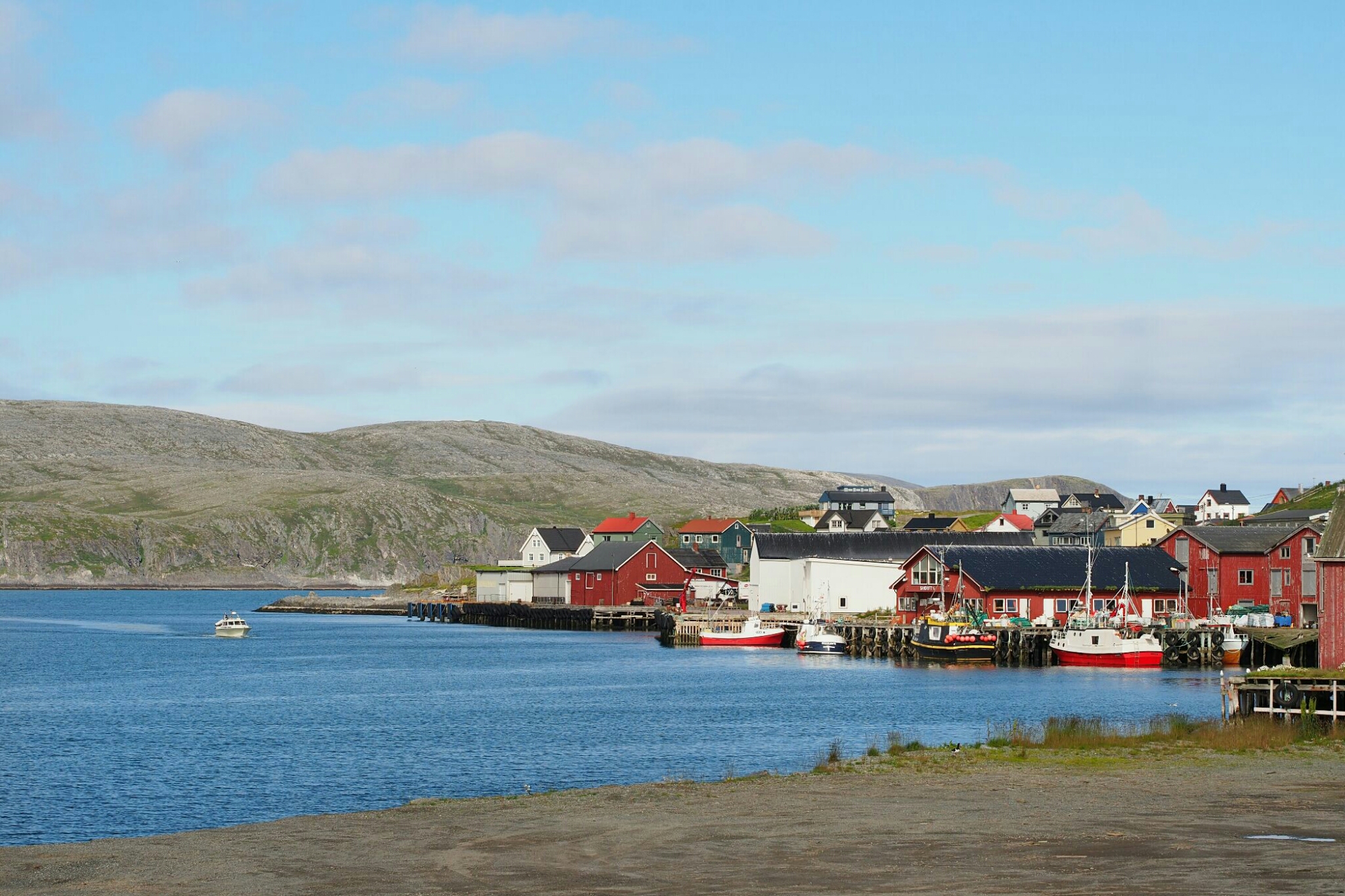 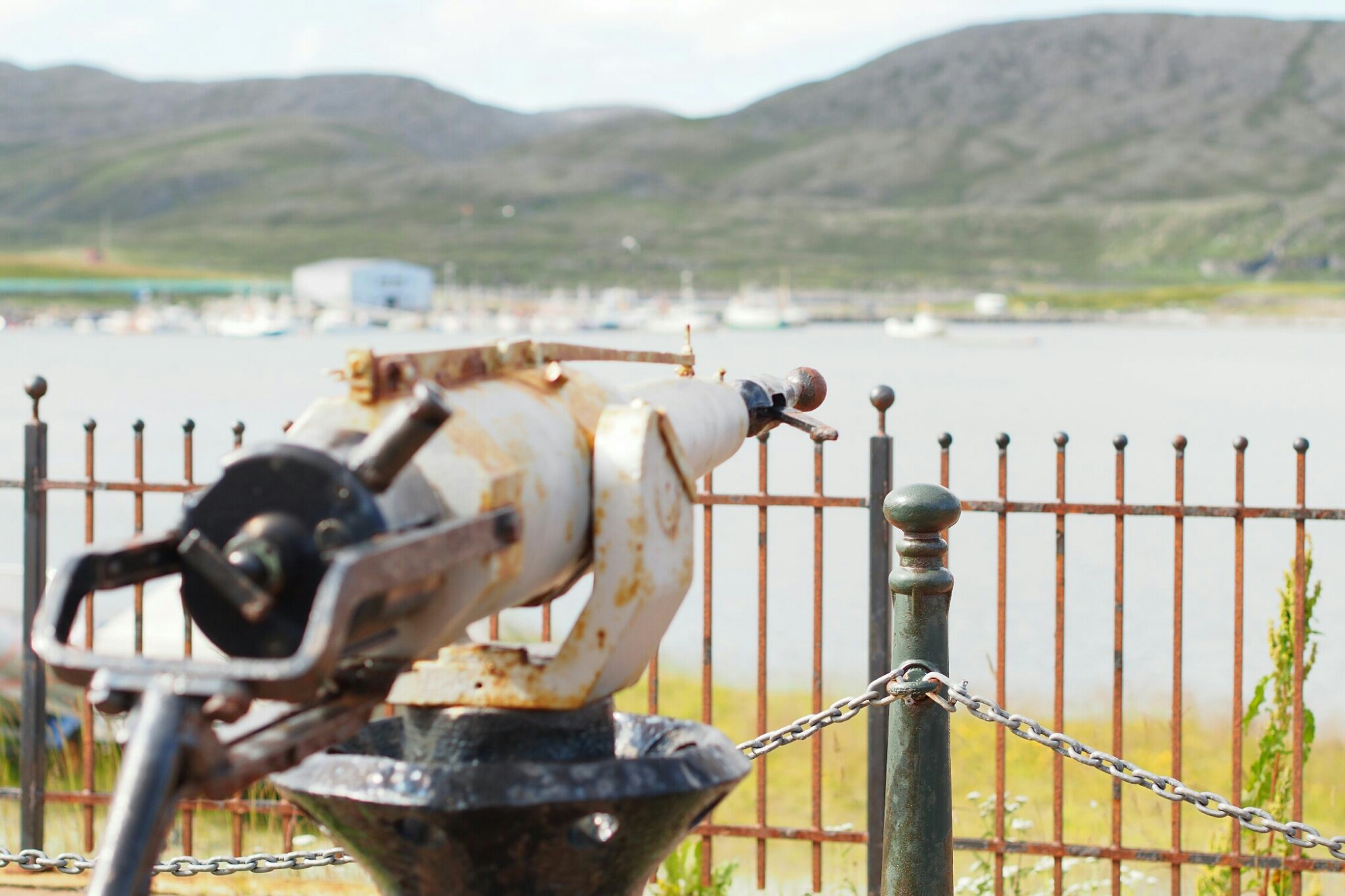 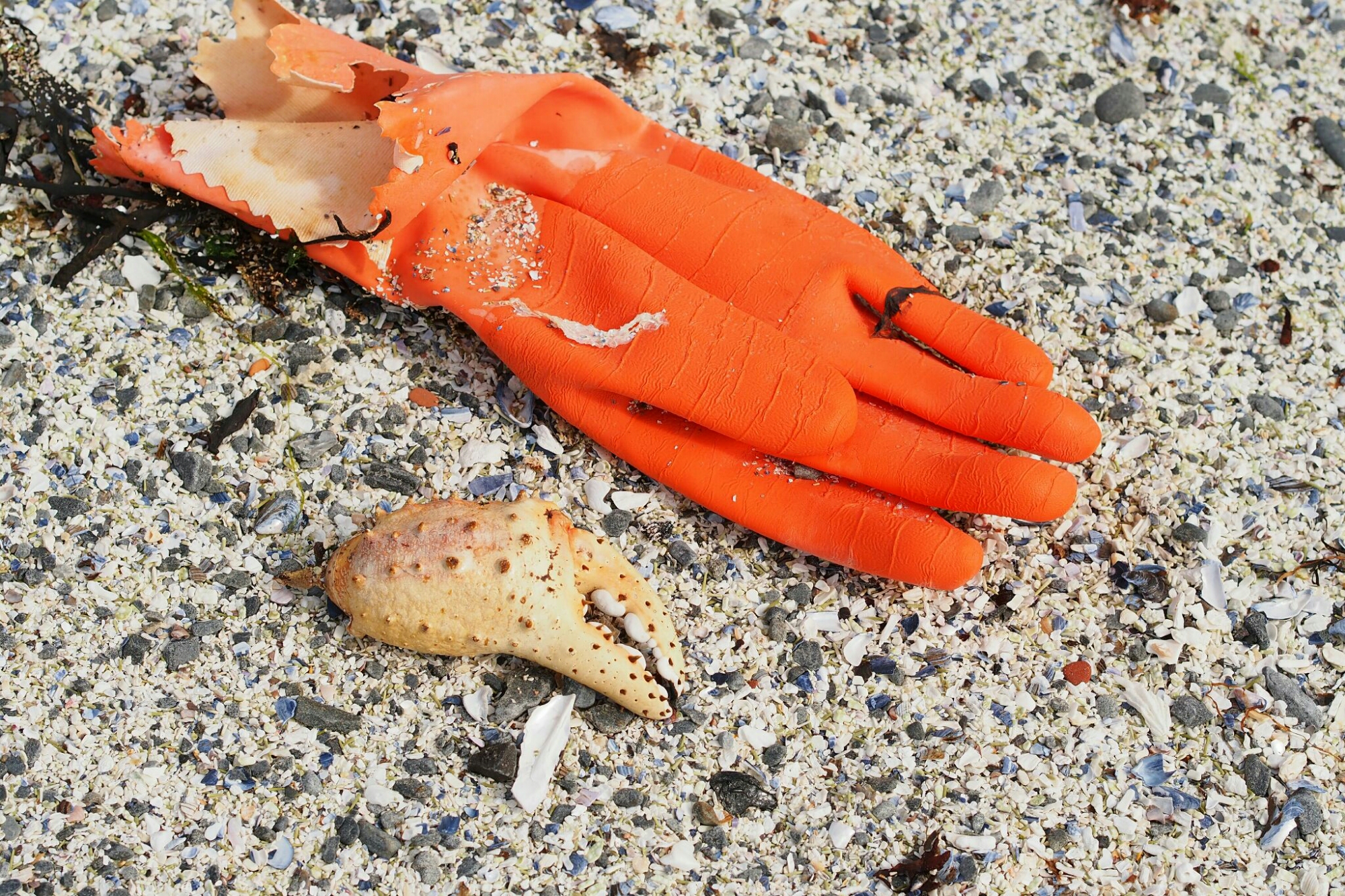 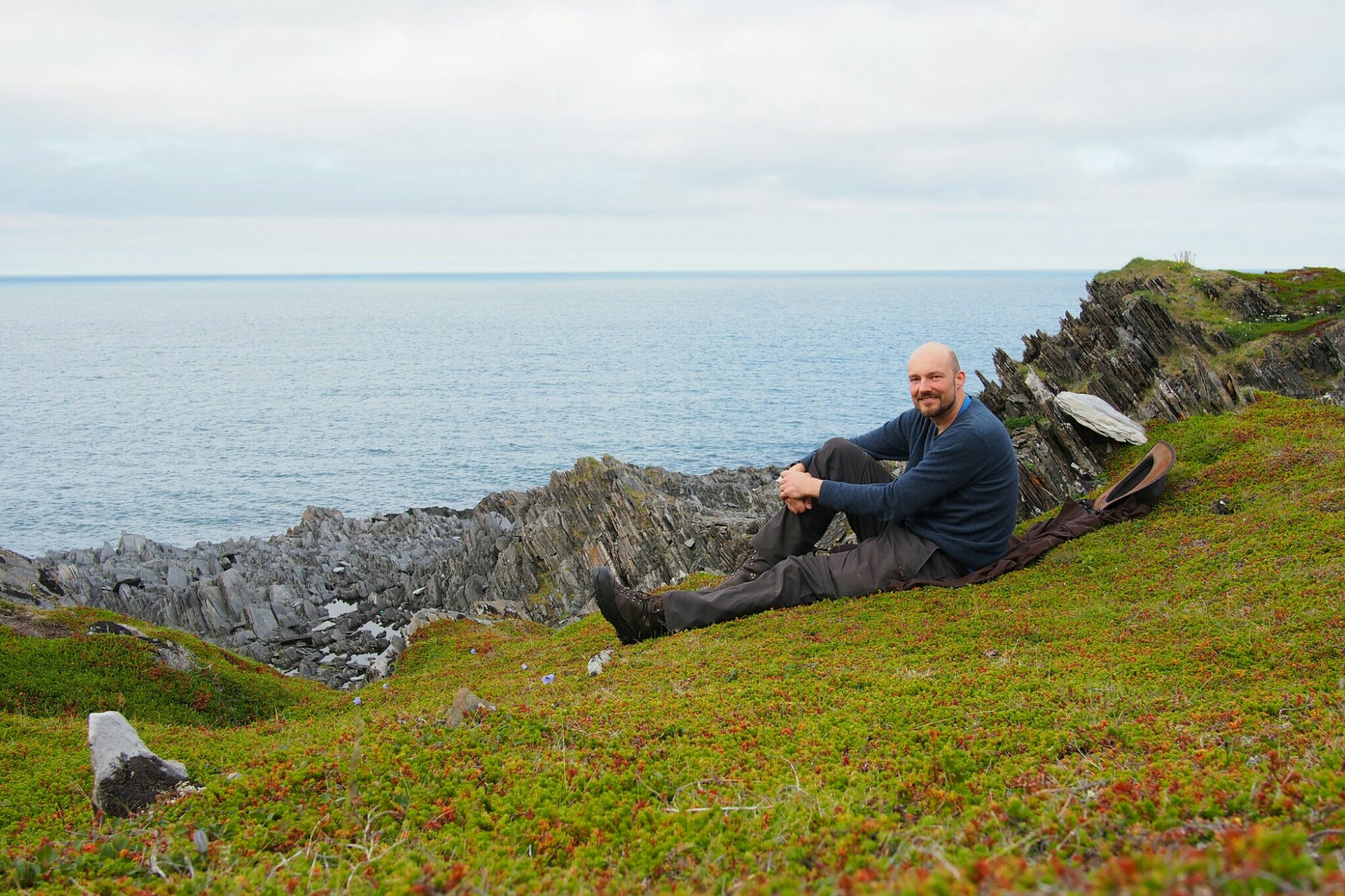 After a good and long sleep, I said good bye to my nice host and walked back to the airport. Before taking the plane to Honningsvåg, I walked up a little river beyond the landing strip and relaxed in the sunshine. It was even sunny enough for a refreshing bath! 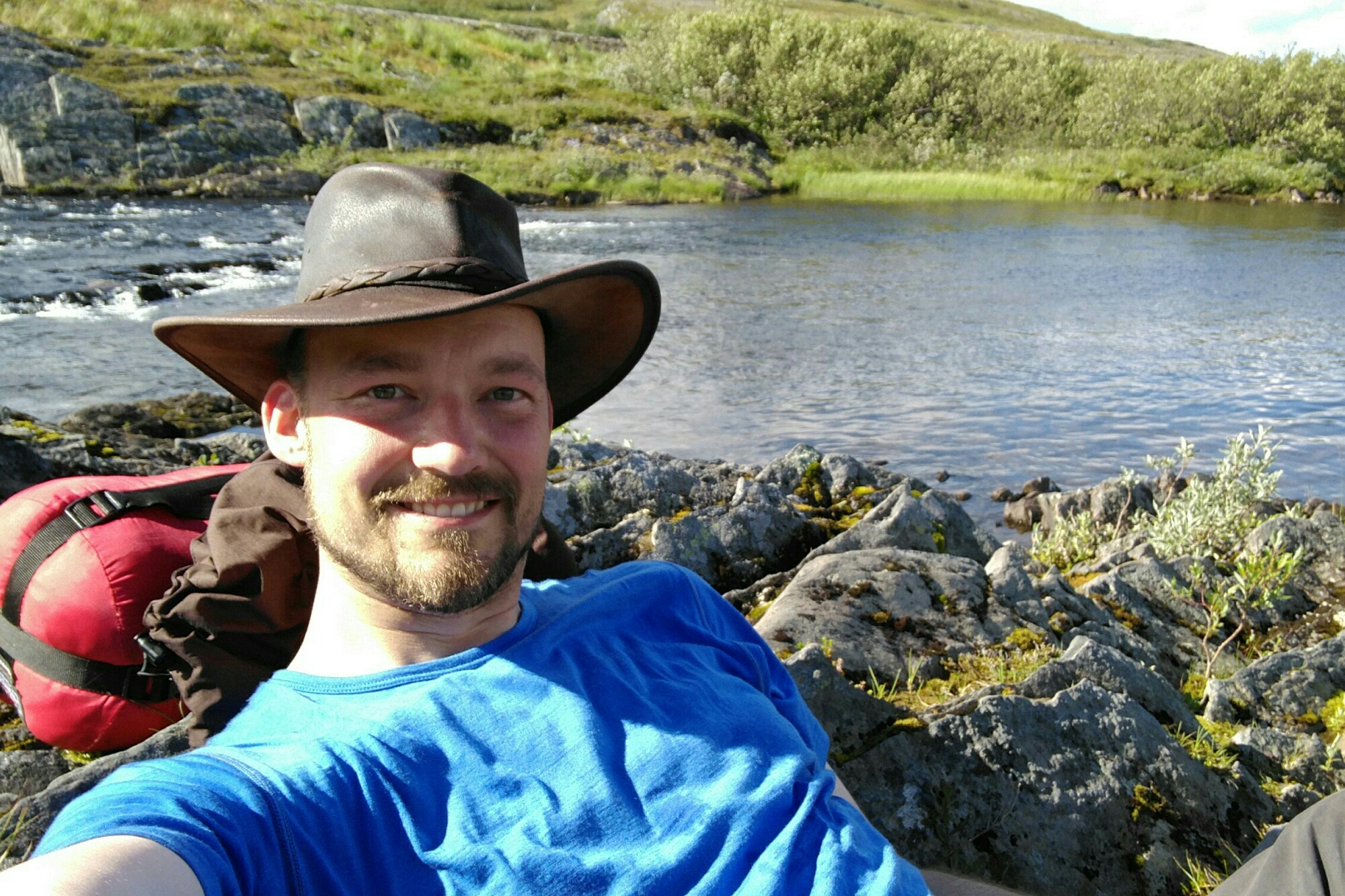 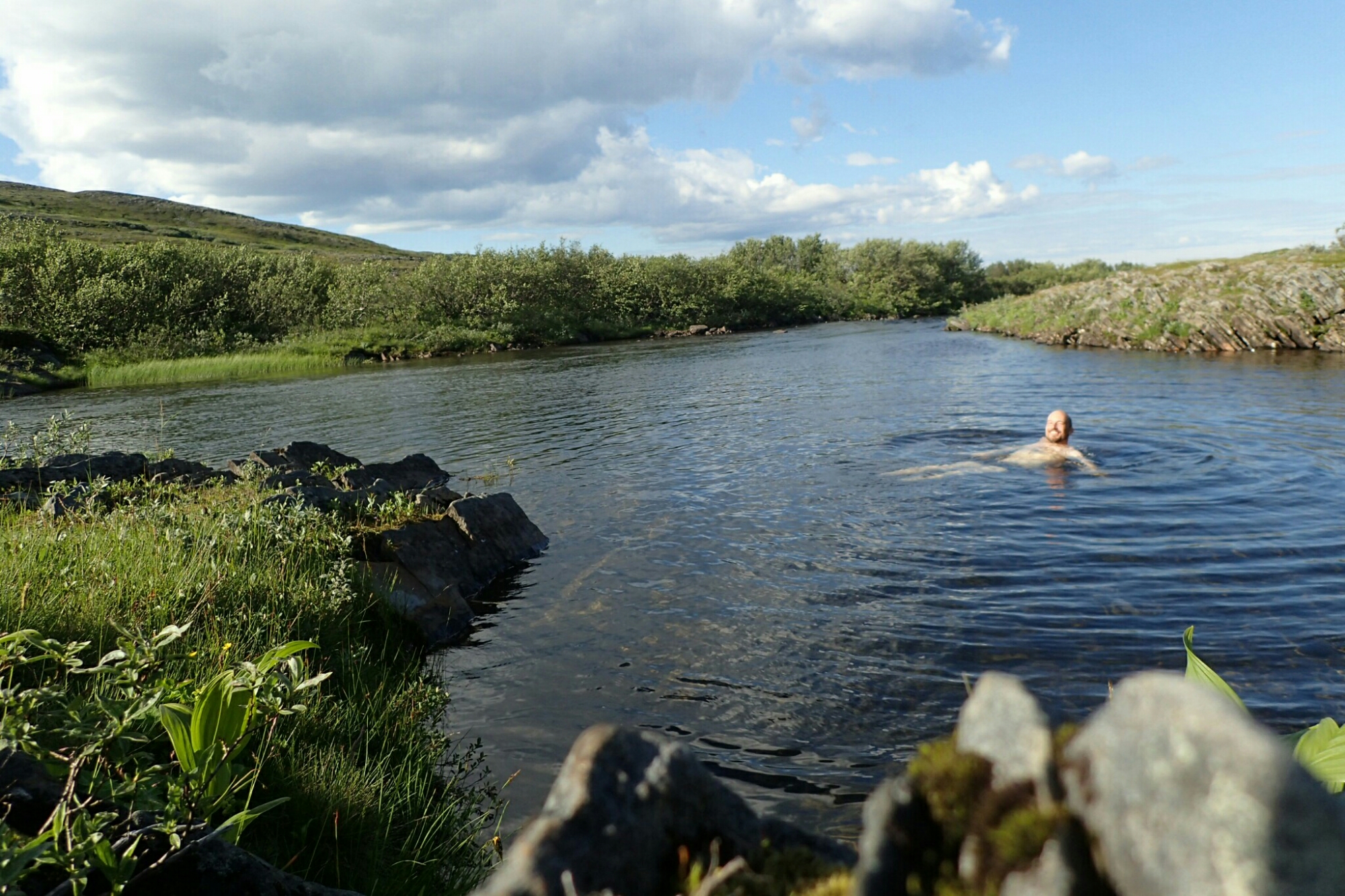 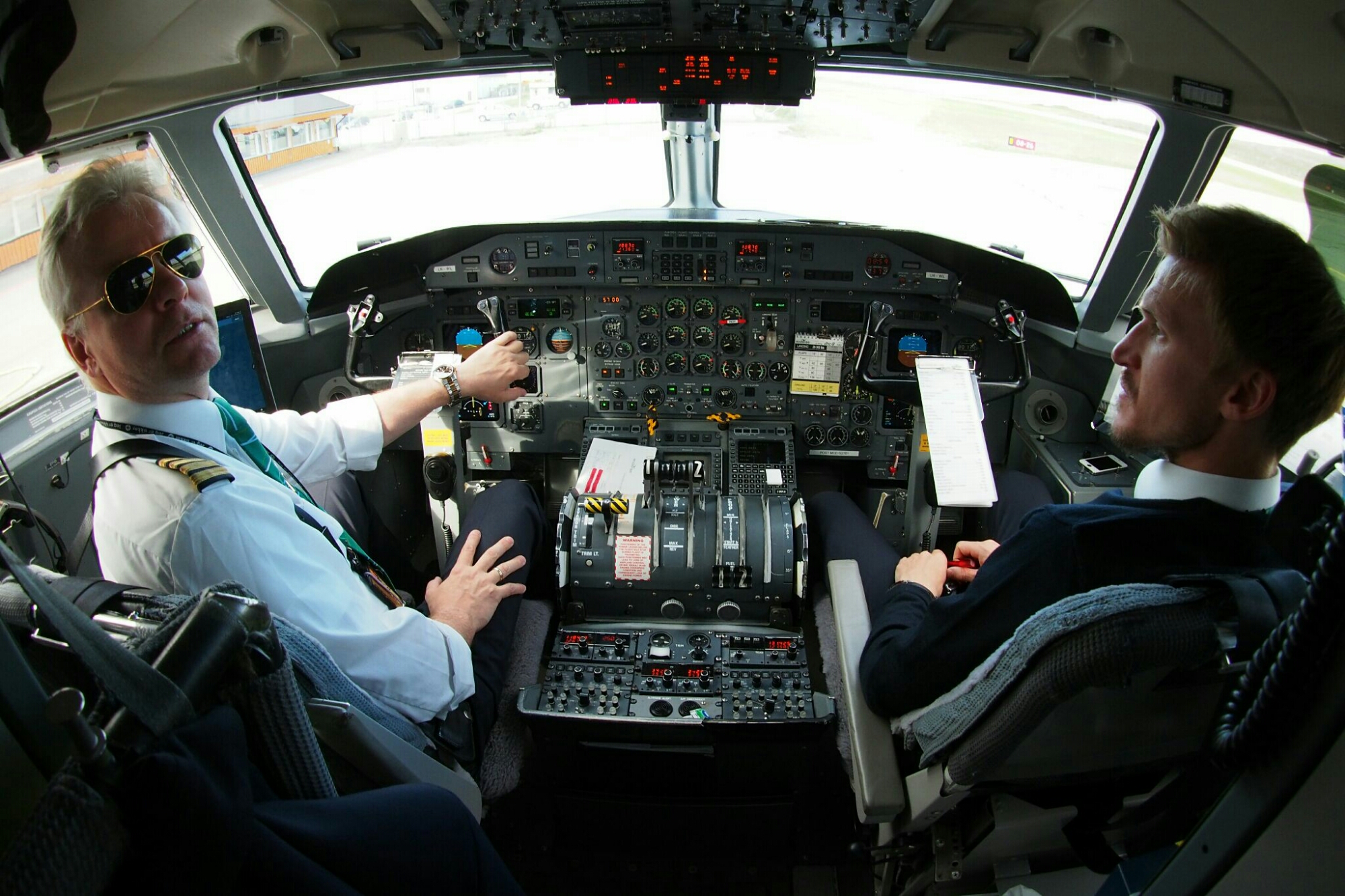 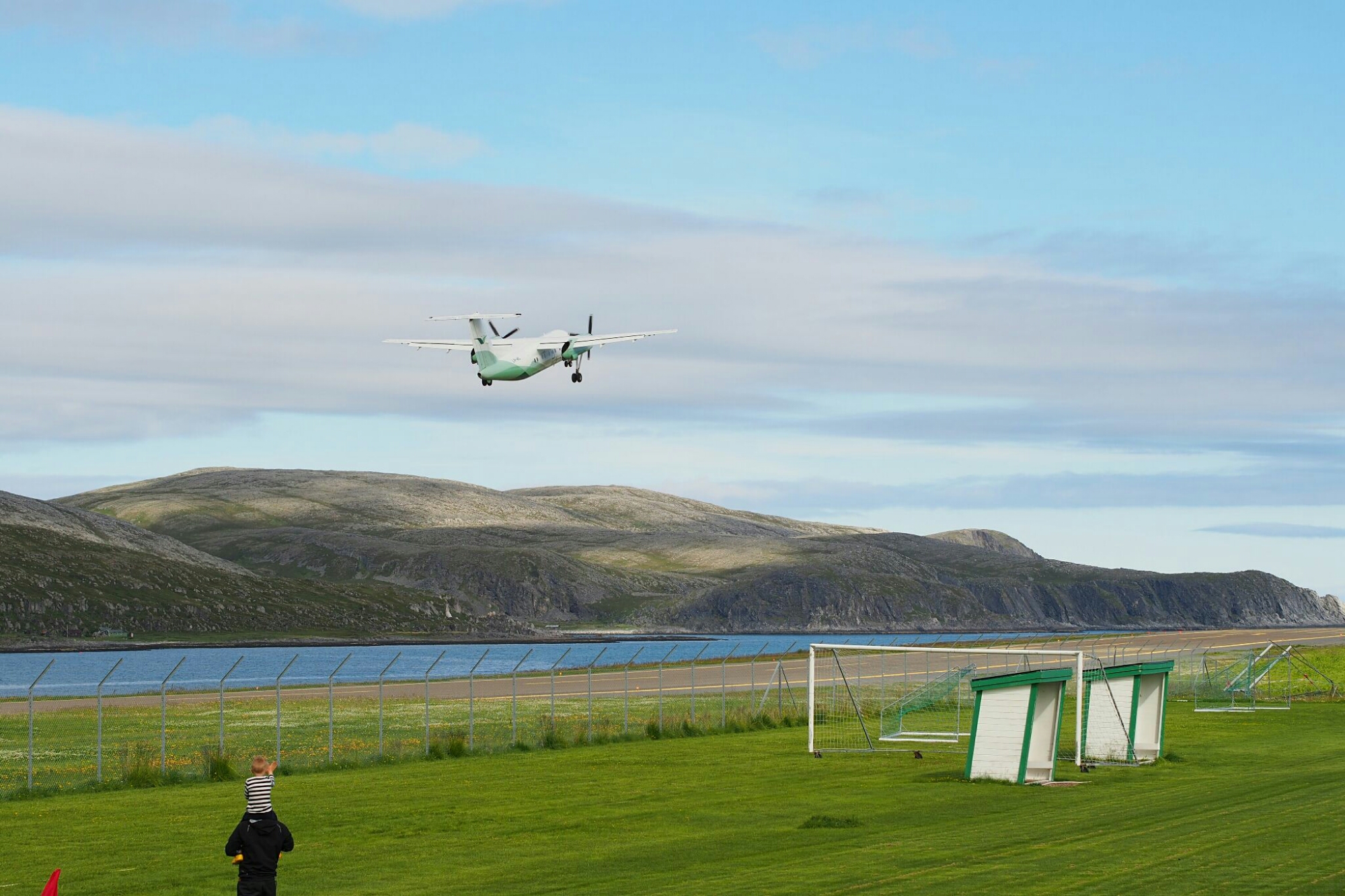 After I arrived in Honningsvåg, I stocked up on gas for the stove. Hitchhiking to the Nordkapp turned out to work really well. My first ride was a Swiss pensioner exploring Scandinavia, the second a Spanish couple on holidays. At the Kapp I was very lucky with the weather and enjoyed the empty view north in the sunshine late in the evening. 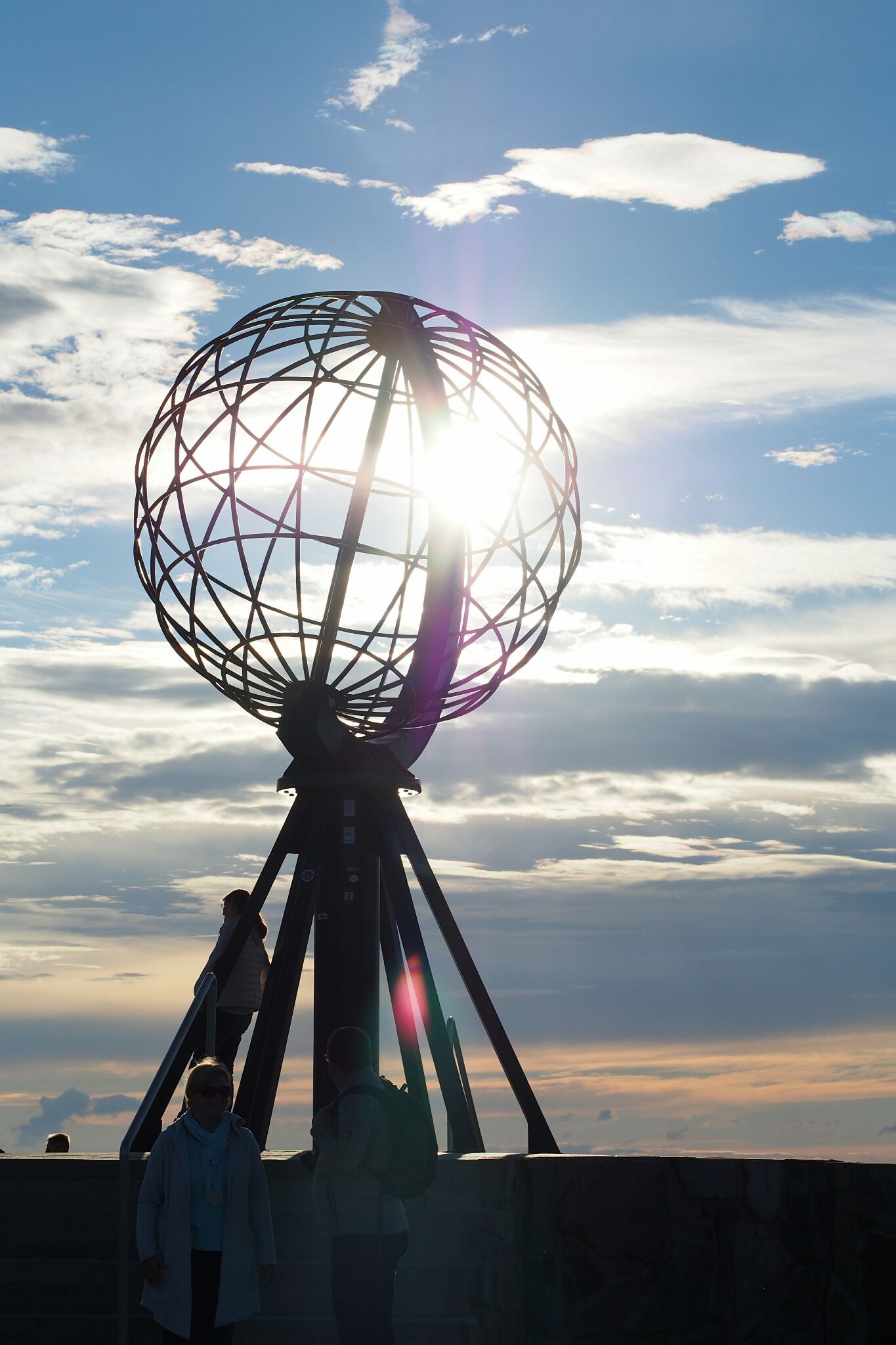 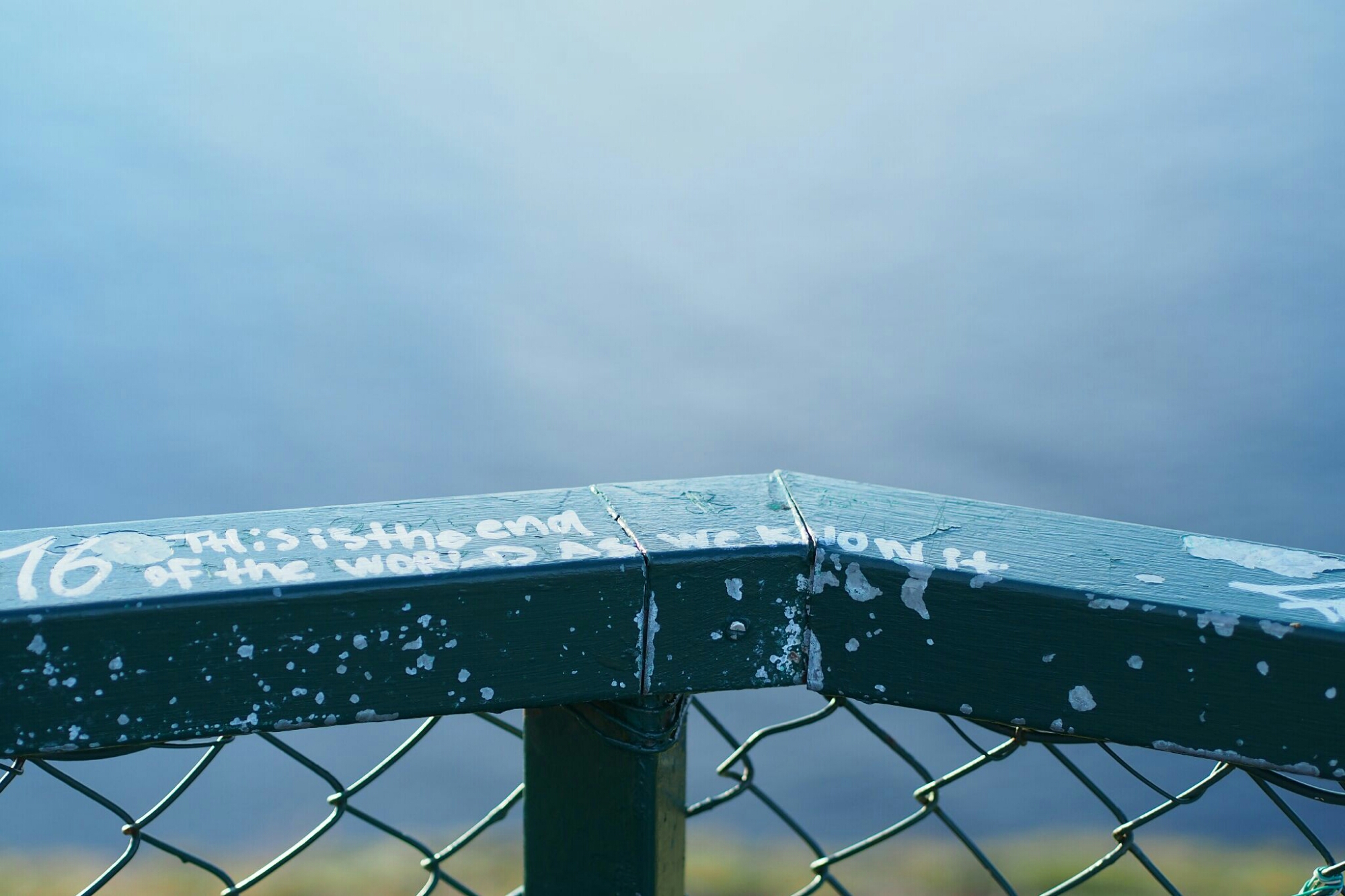 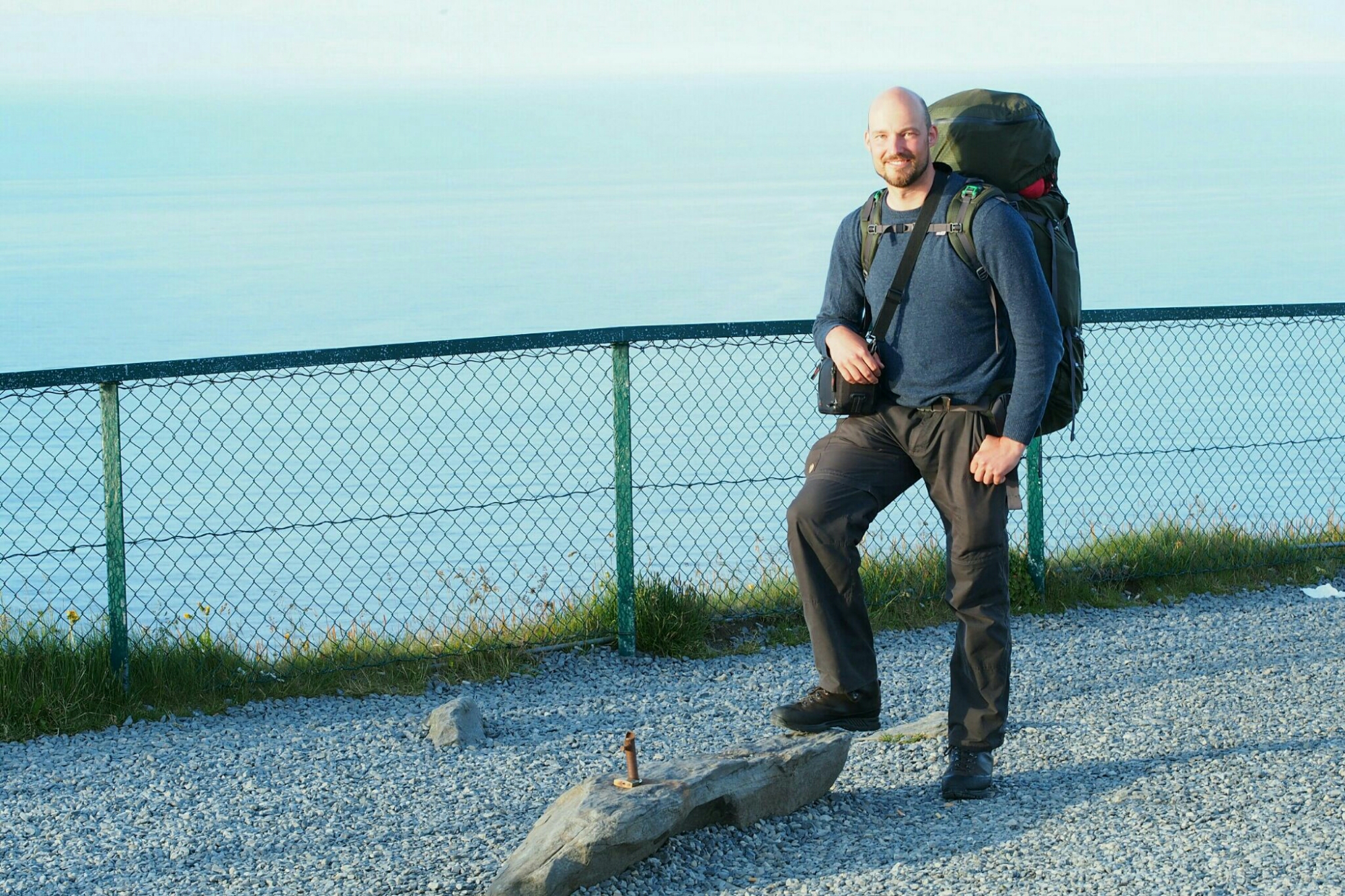 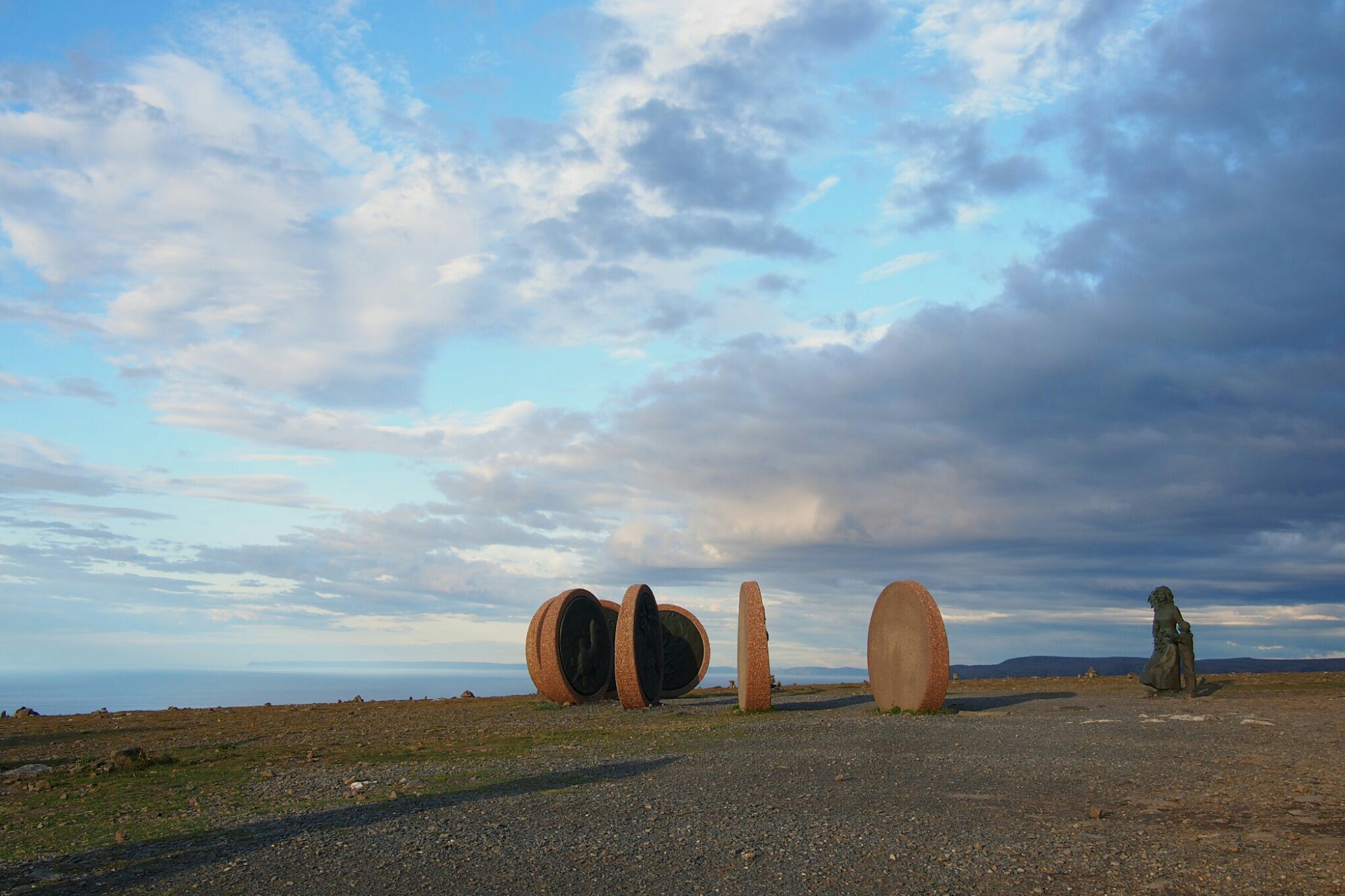 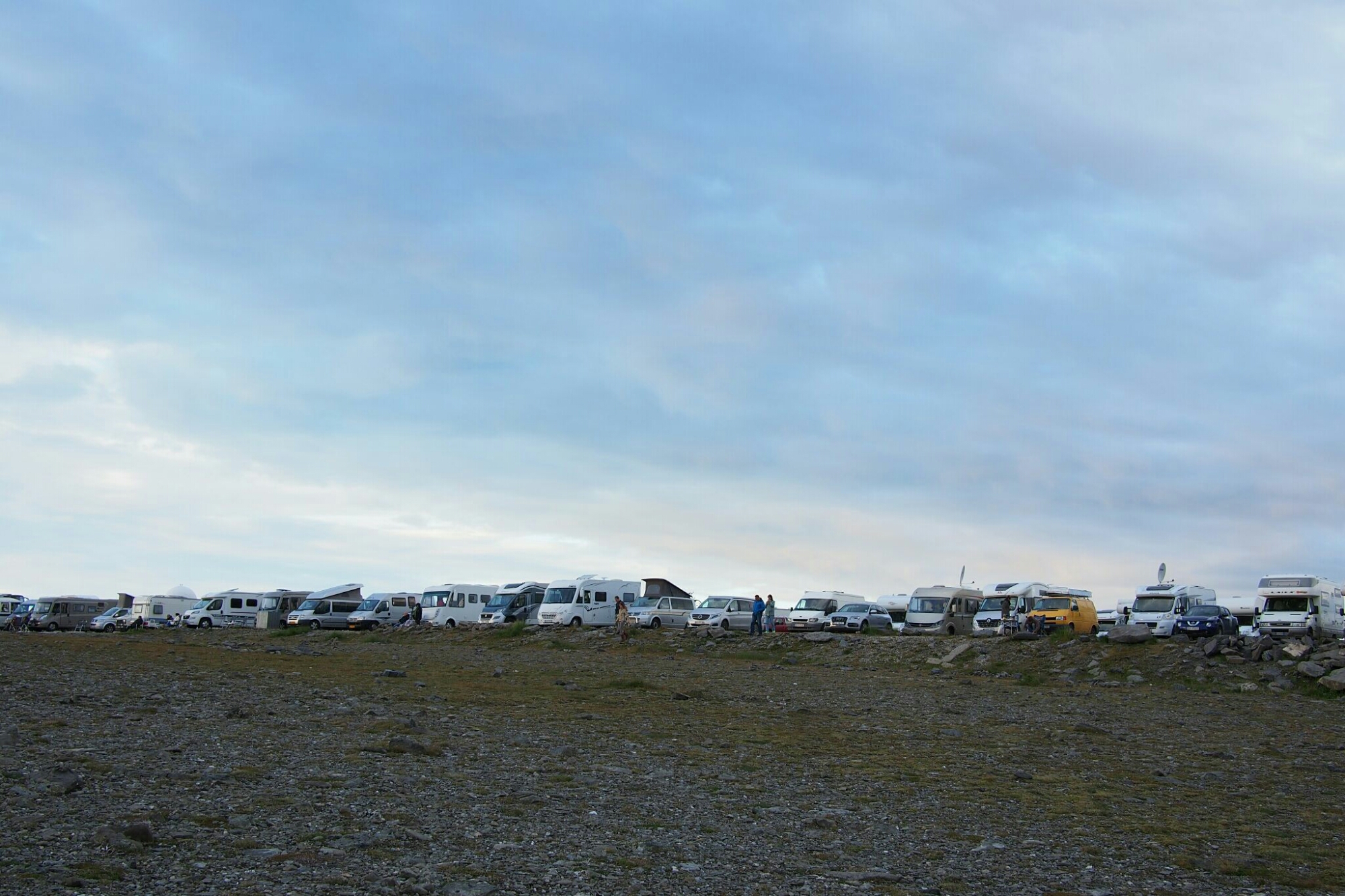 With all the tourists and mobile homes around it didn’t feel comfortable to camp here. Around ten in the evening I hitched a ride to the Knivskjelodden parking place with an American who lives in Finland. From there it was a 10km hike to the actual northern most point which I reached around 1:30, still in beautiful warm sunshine! After signing the logbook and enjoying the moment, I set up camp slightly above the monument. Nobody nearby, I was all by myself 🙂 Good that I had bought gas, now a nice hot porridge was very needed before sleeping. 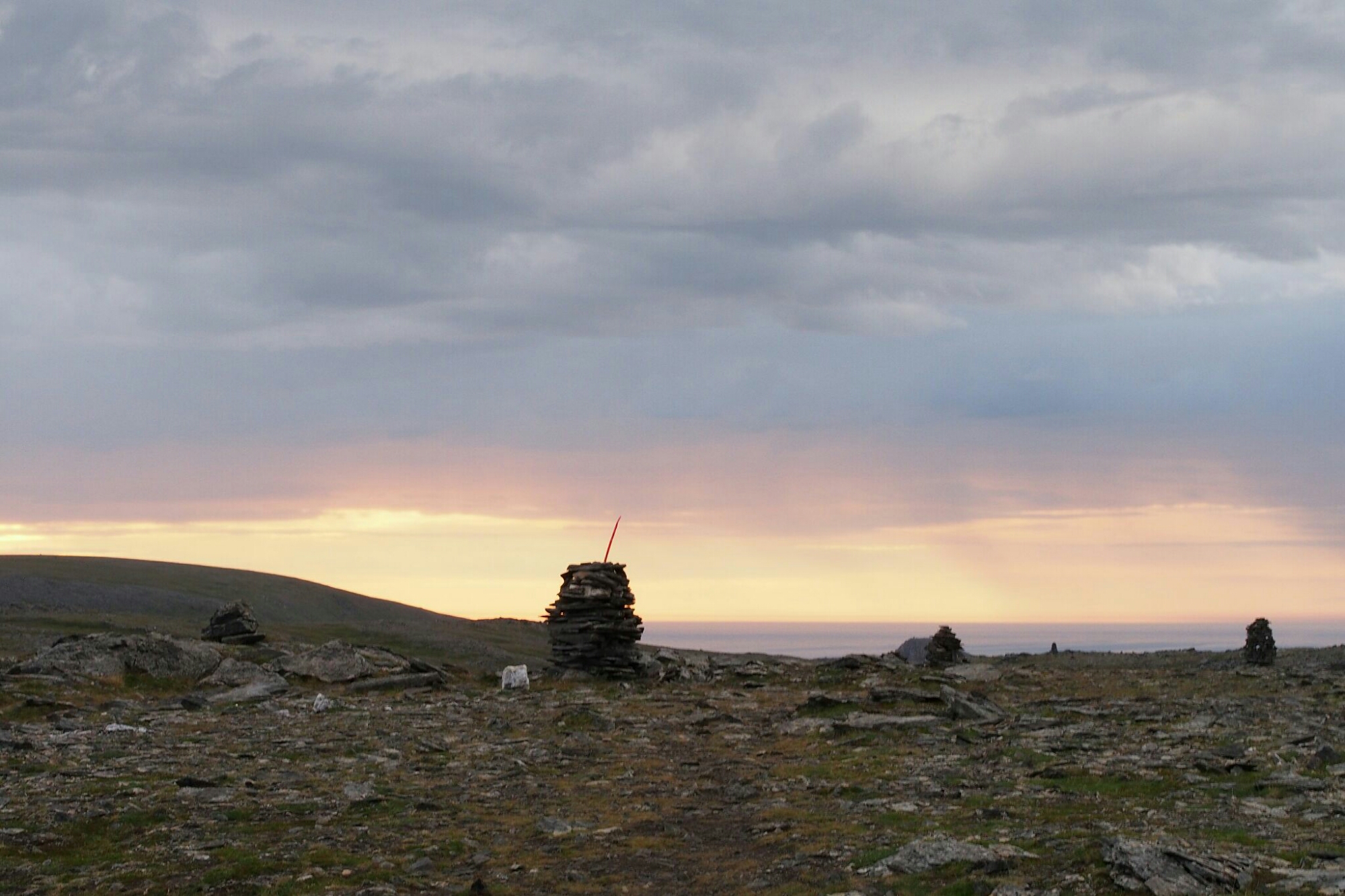 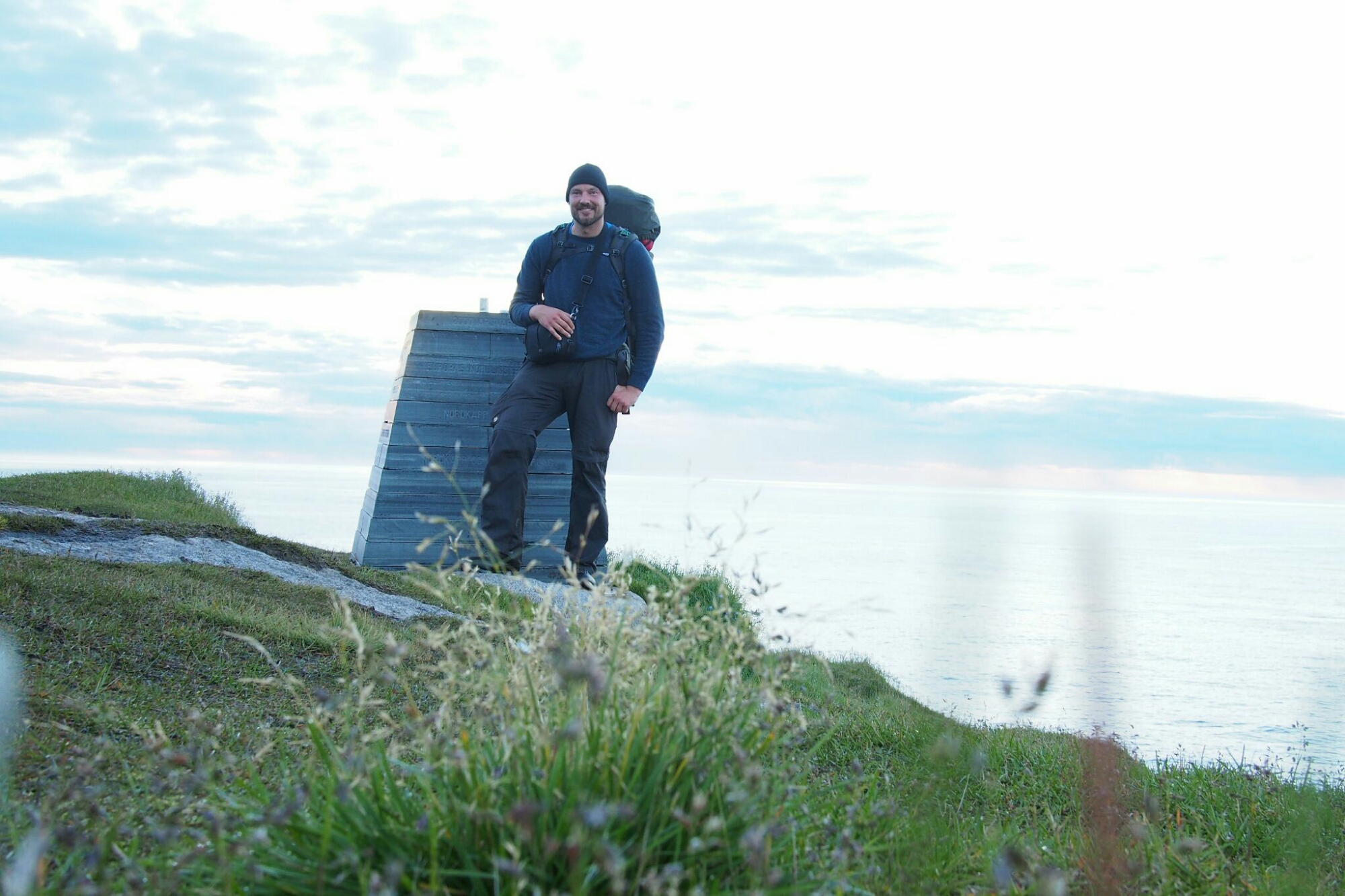 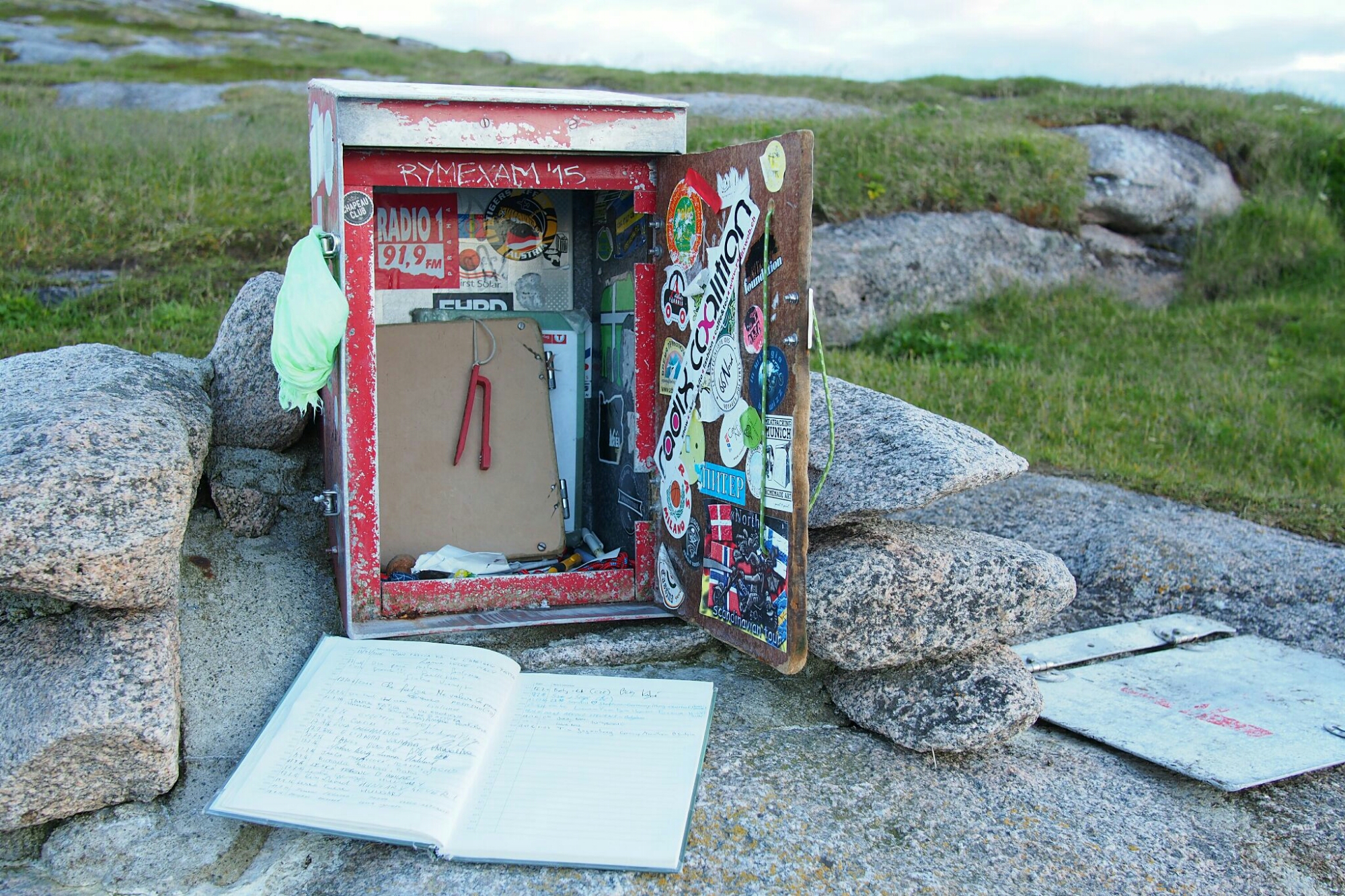 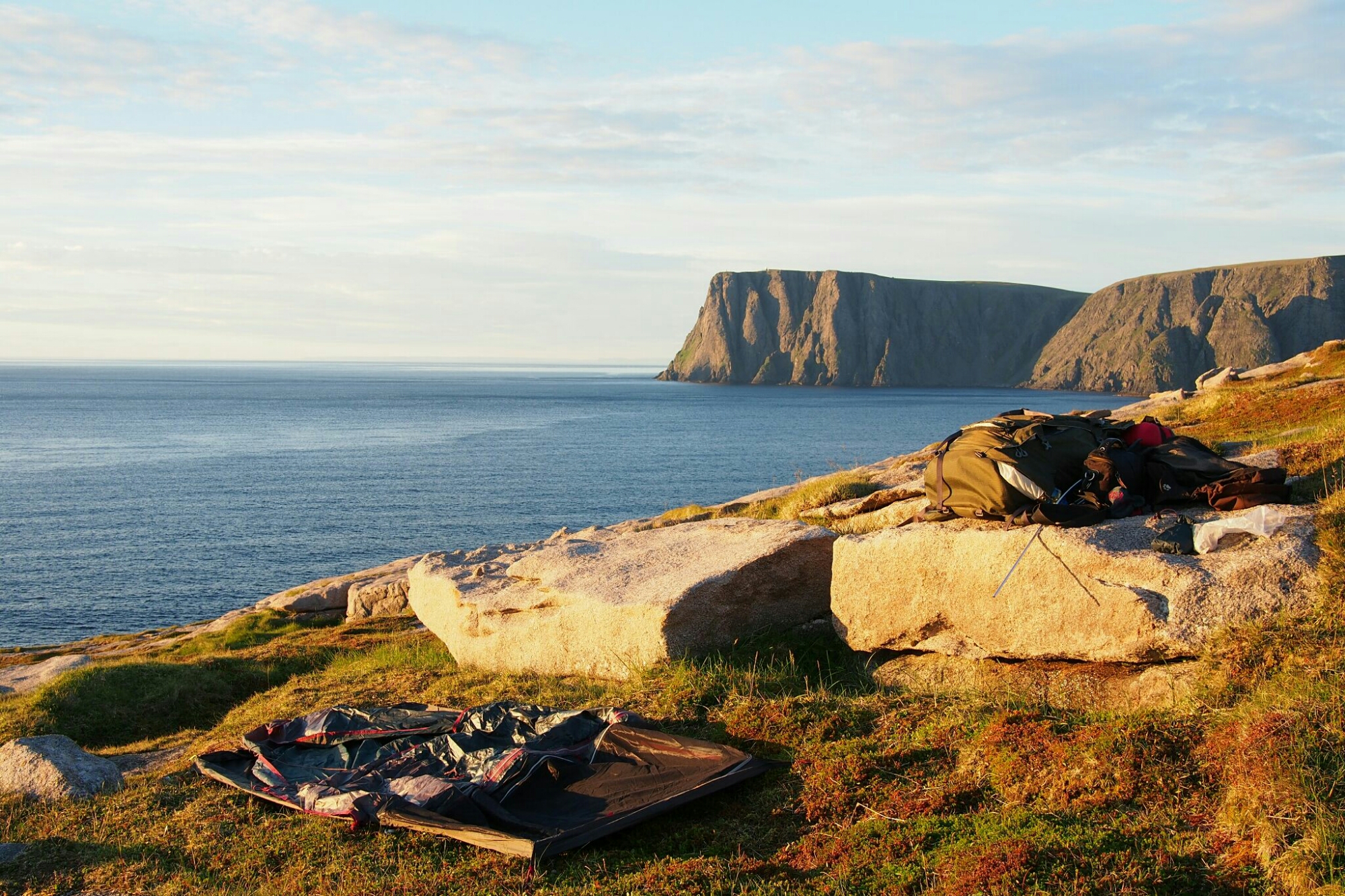 After a deep and undisturbed sleep, I had my northernmost breakfast with rabbits and reindeer watching me 🙂 On the hike back I met a fellow backpacker and we decided to hike together. He was a nuclear physicist from Russia, so we had some very interesting conversations about plasma physics and energy politics in the middle of nowhere at the far end of Europe 😉 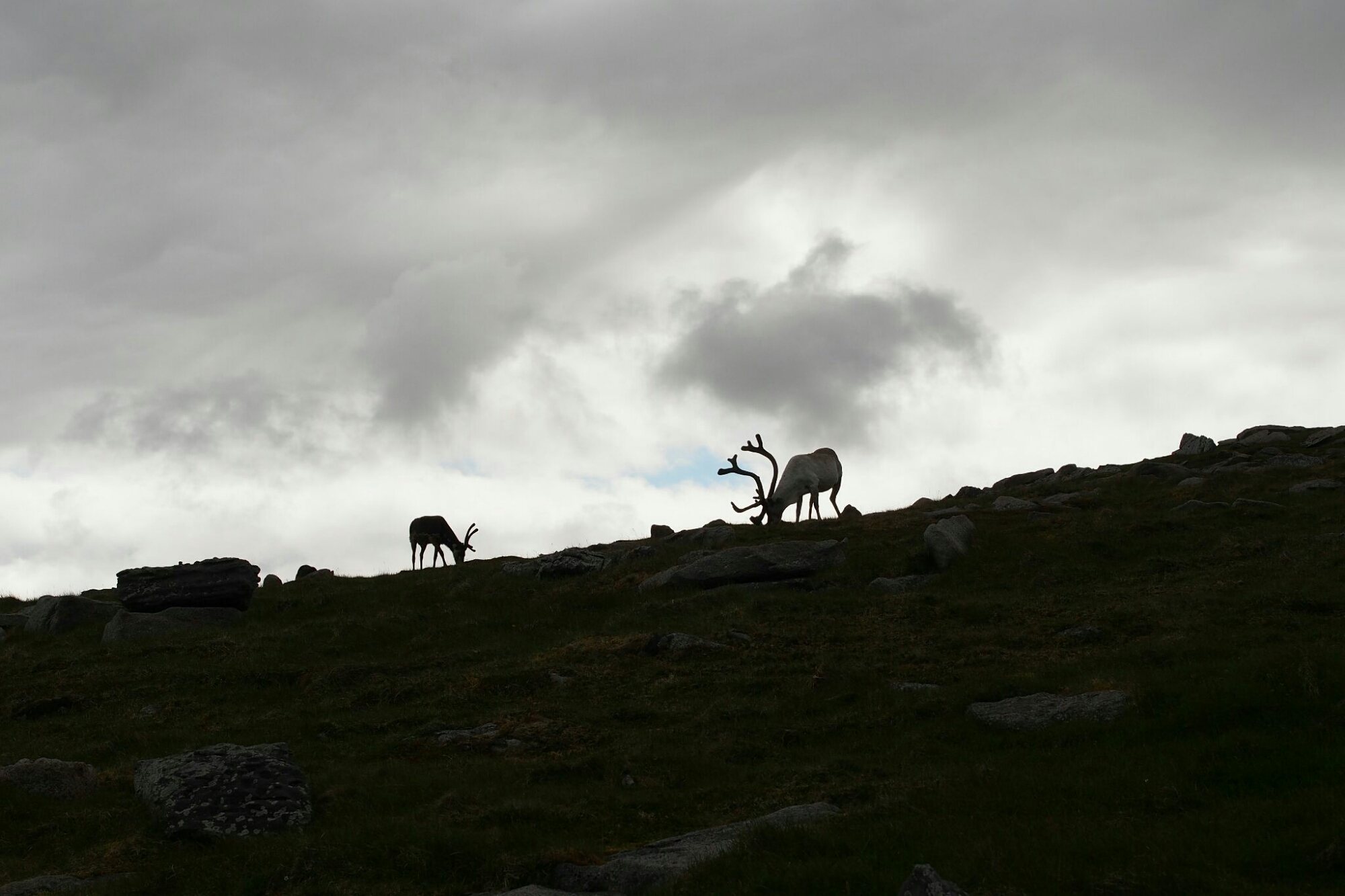 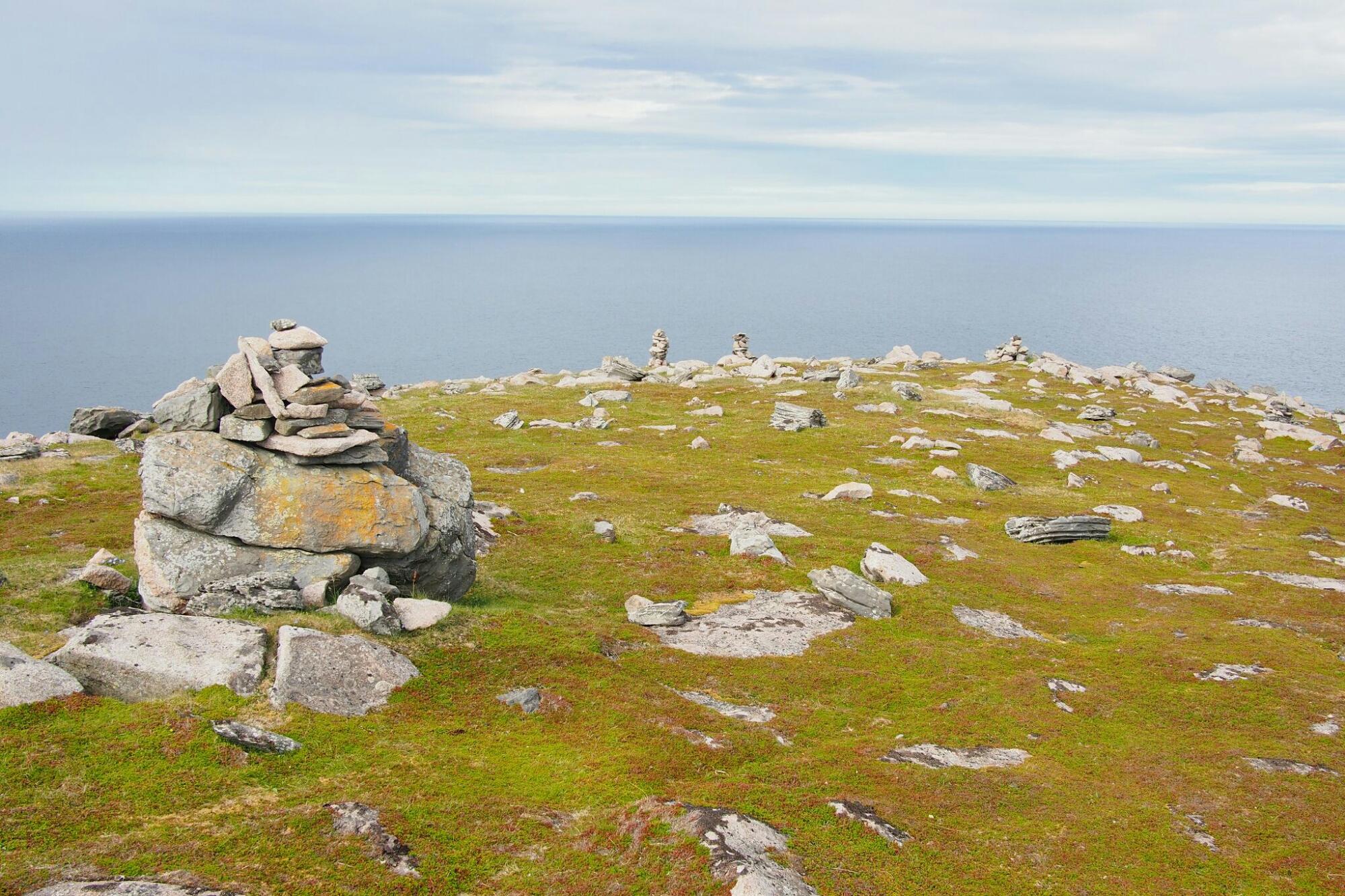 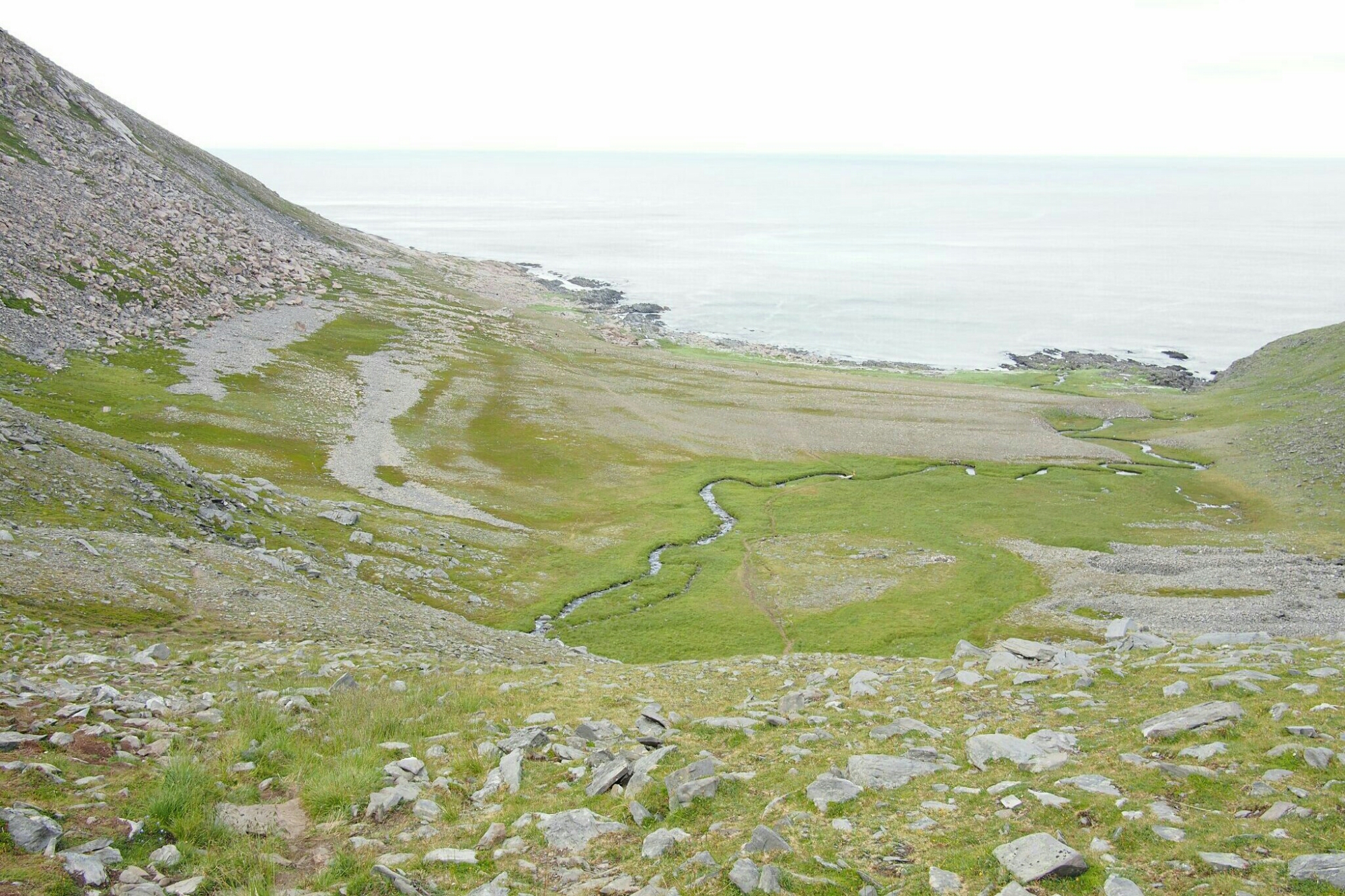 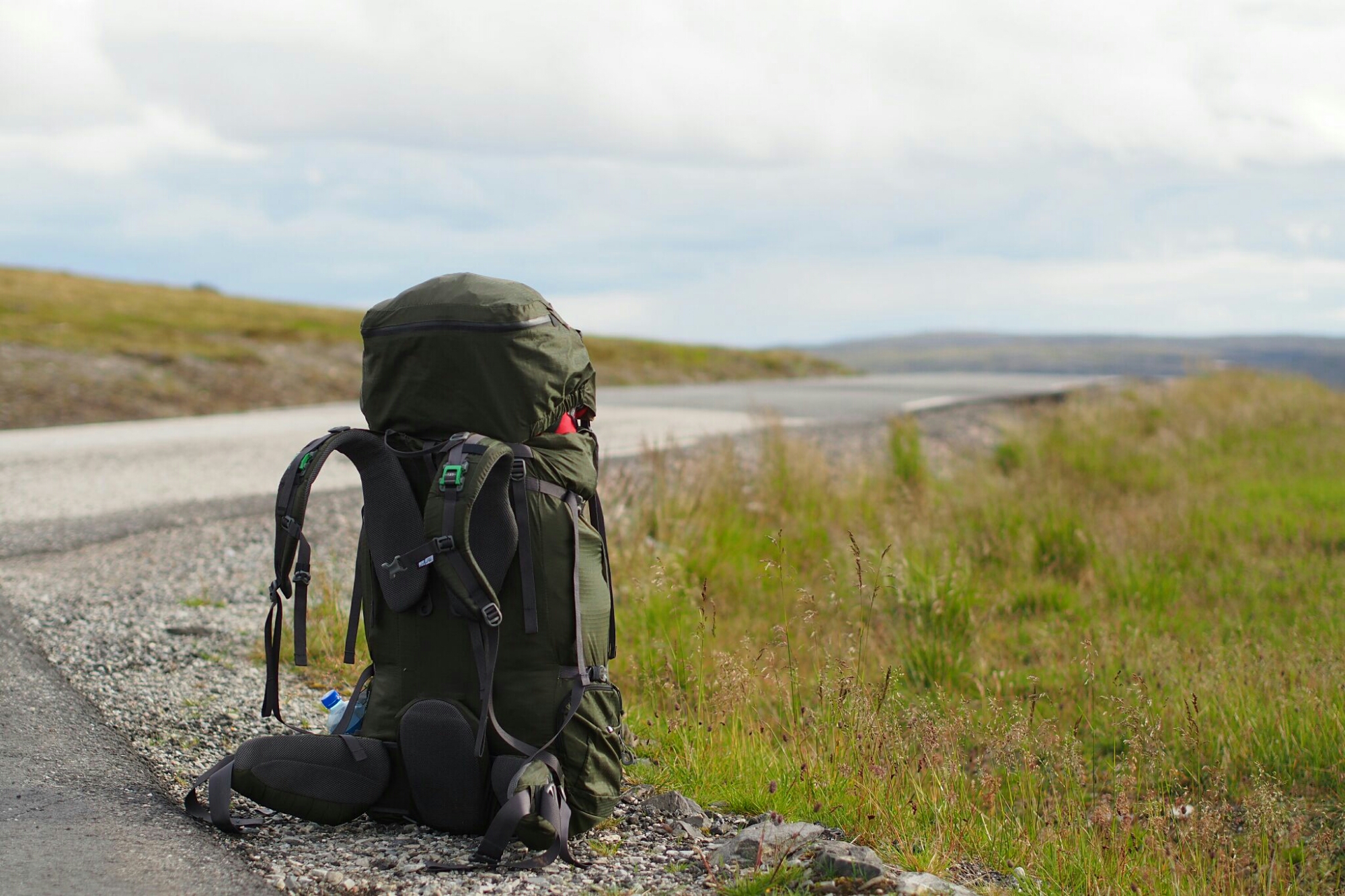 Hitchhiking back to town turned out to be not as easy as the other day. I waited about 1 1/2 hours in pretty chill wind, but in the end a friendly French couple with an historic self-built camper van gave me a lift. For the night I decided for comfort and booked myself into the Vandrerhjem in Honningsvåg, a rather large and well organised hostel with nice rooms and a large ‘living room’. 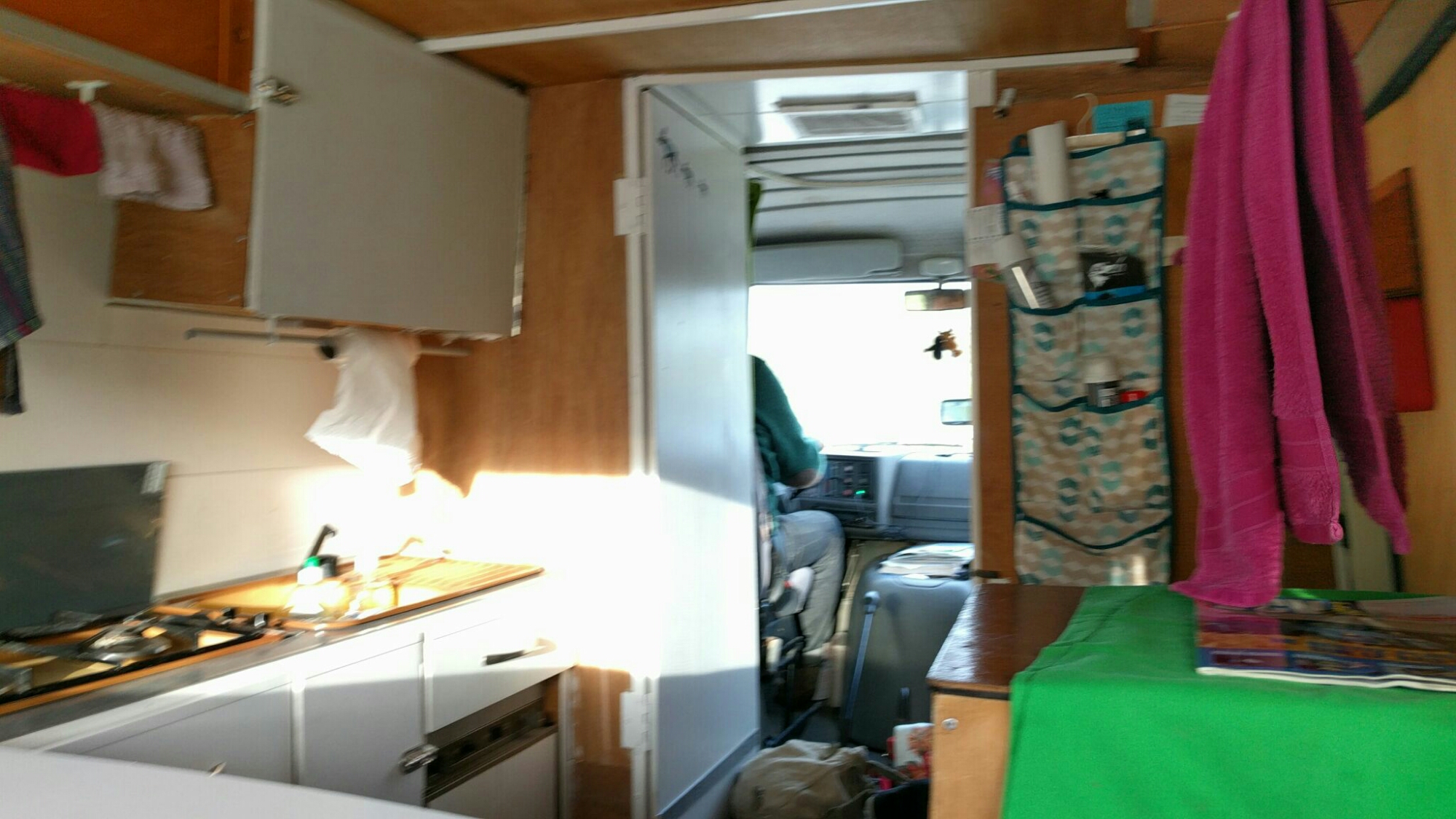 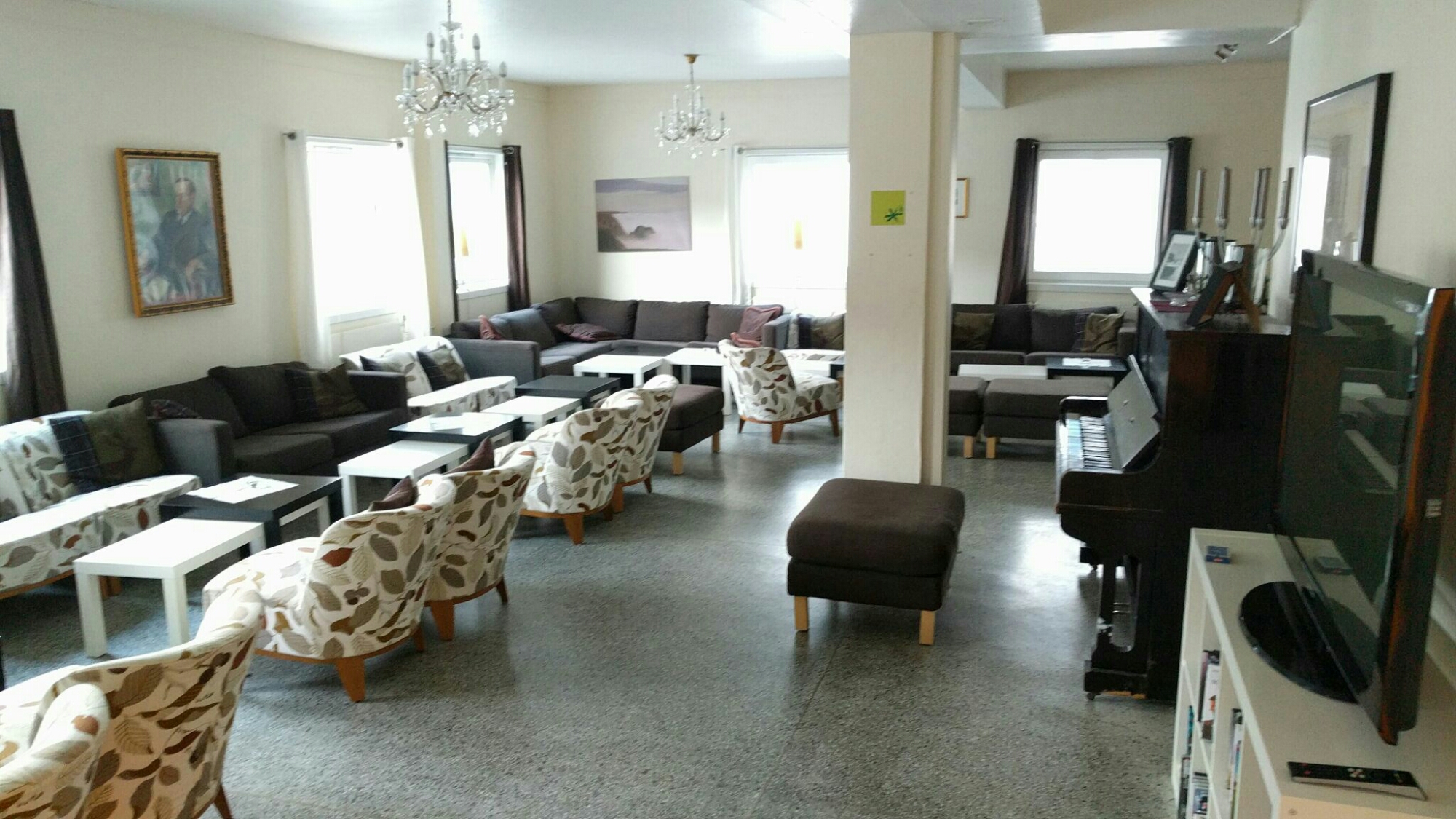